Authored by Sarah Bell and originally published on the Sensing Nature blog. 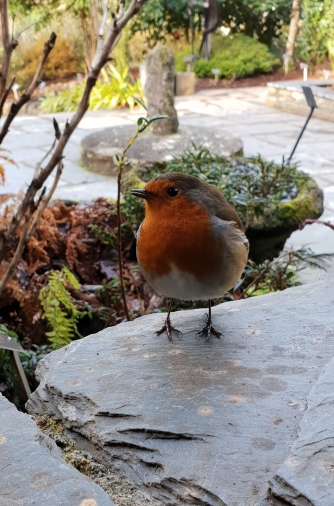 Why do we tune into the sounds of nature? What captures our attention and how do we relate to these soundscapes?

These are some of the questions that we have explored during the Sensing Nature project; a two-year qualitative study examining how people with varying forms of sight impairment experience a sense of wellbeing (or otherwise) with diverse types of nature during the life course. In our latest research paper, we consider how and why people connect with birdlife through sound.

With almost 600 native bird species in the UK alone, it’s not surprising that many of our participants emphasised the importance of bird songs and calls in their interviews. Given the risk of increased isolation amongst people living with sight impairment—largely as a result of disabling physical and social environments—it is important to understand how some people retain a sense of connection with others, including people and other living creatures.

For many people we interviewed, tuning into the comings and goings of nearby birdlife contributed to playful moments of curiosity and companionship, alongside deeper experiences of awe, care and respect. Yet, nature encounters like this have not been fully explored to date, so we’ve drawn on the concept of ‘nonhuman charisma’ to try and interpret them; a concept coined by Jamie Lorimer at the University of Oxford.

The visual characteristics of an organism, including its appearance and behaviour, which evoke strong human responses; e.g. the large eyes of a panda or the fluffiness of a tiger cub.

How ‘visible’ an organism is to the human senses, often based on its size, colour, shape, speed and type of movement.

The feelings evoked in humans through one-off or repeated encounters. 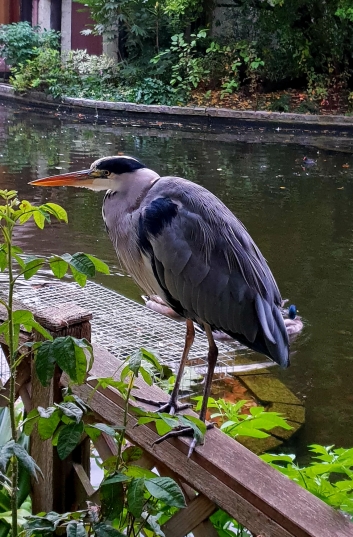 gs highlight the importance of a new dimension of nonhuman charisma, referred to as ‘sonic charisma’.

This concept helps us to understand the fleeting and distinctive characteristics of people’s diverse ‘birdy’ interactions. It encourages people to move beyond the visible and explore the qualities of audible exchanges—such as bird calls and songs—which might be comical, intense, subtle, constant or episodic.

Participants highlighted how distinctive sounds sparked their imagination, inspiring humour and storytelling about the possible lives and lifestyles of nearby birds. This tendency to engage in storytelling – and, at times, creative anthropomorphism – reflects the importance of stories in how people make sense of the world, rendering the unseen more compelling and providing shared sensory reference points.

The importance of being attentive to birdlife across the senses was also emphasised, demonstrating how sound often interacts with scent and touch to enhance such experiences. Countering myths of automatic, compensatory ‘super sense’ development, however, this ability was highlighted as a sensitivity that had to be ‘worked at’.

Interactions with birdlife are often enticed, and several participants had set up bird feeders in their yards, gardens and window ledges to care for different birdy visitors over time. Some people made use of residual vision in these encounters, as well as listening to bird songs and calls to track their movements.

Experiences of bird life can also happen much more unexpectedly. While participants spoke highly of regular, familiar encounters with birdlife, many were also keen to make sense of the unfamiliar, be it more transient visitors or birdlife living further afield.

For some, this involved the use of bird identification mobile applications, such as ‘ChirpOMatic’ or ‘Warblr’, although there was a sense that current applications are rarely sensitive enough to the range of bird calls and songs that often occur in a setting at any one time. Other participants used a combination of led walks and bird song soundtracks to try to learn the distinctive sounds of different species.

Recognising the importance of creating space for such processes of familiarisation and connection, our ‘Nature Narratives’ activities have identified approaches to help make sense of fleeting and unexpected nonhuman nature encounters. Creative approaches to audio description and live interpretation can play an important role in this, particularly amongst activity coordinators and visitor experience staff, who are often tasked with engaging people in the lives of creatures and species that are rarely seen or encountered.

Traditional approaches to audio description – a practice that has developed since the 1980s – tend to focus on describing the visual elements of a scene or object, taking care to orientate people within the setting first, before honing in on descriptions of key visual features of interest. The findings presented in our paper highlight the importance of invoking the non-visual senses in the language used, drawing attention to particular scents, sounds, textures or quirks of movement.

The use of humour and storytelling can be valuable in translating specific audible or textural qualities of birdy encounters. Such efforts can form memorable shared points of reference, invoking the imagination and encouraging people to engage with the varied lives of individual birds, bird species and habitats.

The fleeting nature of many birdlife encounters invites more agile (rather than pre-scripted) approaches to audio description; birds are often on the move and it is important to be responsive to this and open to the moment.

Our findings also suggest value in offering sensitive – and at times sparing – descriptions in situ, allowing people to tune into the birdlife for themselves, before explaining the source of the sounds or sensations if necessary as they evolve. Through listening and tuning in together, new opportunities may be identified for conveying the multisensory stories of the habitats, ecosystems and birdlife that characterise such settings, not just for the benefit of people with sight impairment but also to enrich all visitor experiences.

You can read more about sonic charisma in our full research paper, which is published in ‘Social and Cultural Geography’ and is available here: https://www.tandfonline.com/doi/figure/10.1080/14649365.2019.1667018?scroll=top&needAccess=true

← Realist review of what approaches to social prescribing work, for whom, and in what circumstances.
Does living near the coast help mitigate health inequalities? →